Where is Marijuana Legal in the United States? 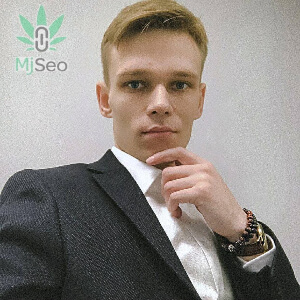 Cannabis legalization in the United States has been a topic under scrutiny for a large chunk of its history as a country. In the last decade or two alone, a large chunk of the country has changed their outlook and many are now marijuanas legalized states.

A vast amount of Americans have access to legal weed and it’s continued in an upward trend as more and more hop aboard. There is an uptick in the number of US states legalizing cannabis in the last decade, which leads many to believe that the rest of them should join during the next few election cycles.

As great as it is to see forward movement in the journey to legalize weed, there are a few caveats that cause many people to tread lightly when it comes to purchasing and consumption.

Since the federal government has deemed cannabis a Schedule I drug, the individual states have decided their legalization status in spite of the federal law. These cannabis legal states are technically still illegal federally but are generally left alone.

This has caused a lot of confusion for people since the rules can be drastically different from one area to the next.  Keep reading to garner a better understanding of the states that have legalized weed and how it could impact your next cannabis order.

Why Should Marijuana Be Legalized?

There are several factors that lead to the positive outcomes of legalizing marijuana all over the United States. In fact, there are benefits in almost every aspect affecting human life, including medicinal and economical benefits. Here are the main reasons marijuana legalization should be standard across the country.

Research of the Washington University School of Medicine has found that teenage marijuana abuse cases have dropped even though more and more US states are legalizing it. An organization called the Marijuana Policy Project has found multiple times that cannabis legalization has not increased abuse amongst teenagers.

Recreational and medicinal cannabis are powerhouses in the economic department because of what they bring in terms of jobs, revenue, and cross-market segment capabilities. States with recreational dispensaries have seen an incredible boost in revenue from local cannabis sales.

The big thing is that it draws the eyes of investors looking to make some money off cultivation and dispensaries. For every $1 spent in the industry, the return is over $2.00. To put it into perspective, between 2016 and 2018, the weed industry generated over $7 billion in revenue, not counting the amount of taxes the government acquired.

Speaking of crossing market segments, most investors are now turning their eye to small local craft businesses. Cannabis has a lot of versatility including being able to be integrated into cuisine or drinks and in the skin-care industry where hemp seed oil is commonly used as an ingredient.

Choosing to legalize cannabis opens up an array of opportunities for both local and international growth. While this is certainly true for legalized medical marijuana since the individual governments will be open to bids for certain facilities and jobs.

However, legalized recreational marijuana introduces a new dynamic to the investor because now it’s catering to the larger public sector. Recreational cannabis sales have generated over $2 billion dollars between 2016-2018 in the US, which an investor would look upon as an incredible opportunity to invest in the market.

Cannabis is still considered part of the controlled substances legislation at the federal level and as such, there is strict regulation surrounding medical use and recreational marijuana use.

Legalized weed has to go through several hoops before it is ready to be sold on the market. This means it has to pass safety standards regarding cultivating, handling, and packaging to ensure that the final product is clean and safe.

A lot of the early states to legalize weed have also hopped on board to make child-resistant packaging to limit exposure to minors. Examples of states that have passed such legislation include Alaska, Colorado, and Washington.

Marijuana Is a Lot Healthier Than Some Legal Substances

The tobacco and alcohol industries are some of the most lucrative verticals you can get involved in. However, their grand image is forever shadowed by substance abuse and the general unhealthy effects they have on the human body.

Some of the common causes of cancer, heart disease, and liver failure are due to alcoholism and chronic cigarette smoking. The CDC has stated that over 80,000 people die every year from alcoholism, yet there have been no recorded deaths from cannabis consumption.

The key to a successful economy is to have your citizens working. Legalizing marijuana has opened the door for thousands of new jobs. If you think about the process involved from seed to sale you can imagine how many new jobs would need to be created. This includes jobs for:

Takes the Money out of Crime

The black market is a huge revenue stream for illegal cannabis cultivation and distribution. Having dispensaries and growing operations that are licensed and taxed will effectively replace the system that fuels the black market. According to studies done in Washington and Colorado, legalizing cannabis has cost over $2 billion in profits to the various drug cartels.

Law enforcement budgets cost the US taxpayers a lot of money just to have enforcement of cannabis laws, let alone the other laws regarding drugs.  It costs anywhere between $1 billion to over $6 billion a year to pay the cops, judges, and all other expenses in regard to cannabis law enforcement.

This also frees up resources for more serious matters such as murder, theft, and arson. Instead of convicting people that additional funding could be used to educate people and rehabilitate them.

Being able to sell cannabis products and increase profits from cannabis sales will be the new marketing powerhouse industry. This will lead the market into promoting retail sales as more brick-and-mortar stores open up. As more states legalize weed for medical and recreational use, you’ll start seeing profits rise more per state.

One interesting speculation is the introduction of marijuana concentrates into the state legislature. This would involve new technologies and even international partnerships with other countries. You’re already seeing it across the world in countries like Canada.

Types of Marijuana Legalization in the United States

To further complicate matters, there are different classifications of the legalization of weed in the US that can often lead to confusion and more questions. To help alleviate any concerns here is a breakdown of what each type of legalization means in the United States regarding marijuana laws.

You’ll often find states a mixture of the different categories, often decriminalization is the first step. Essentially when something is decriminalized, the penalty is substantially lessened. In the case of cannabis, a lot of first offenses are either dismissed or severely reduced to fines and a record.

Since 1996, when California legalized medical cannabis, the majority of US States have followed suit. This outlines the conditions that people must follow in order to get a license to purchase, cultivate, or consume cannabis for medical purposes. Laws in specific states are quite strict and trying to operate outside of the acceptable parameters can get you in trouble with the authorities.

This requires that the individual go to a doctor, be diagnosed with an eligible condition, and then have their physician sign a script that allows them to purchase up to a certain amount of cannabis at any given time.

Several US states in the last 10 years have legalized cannabis recreationally. This means that individuals can consume, purchase, or grow cannabis, within limits and without penalty.

Recreational legalization caused a lot of dispensaries to pop up all over the eligible states. People looking to capitalize on the influx of the “green rush” were able to obtain licenses and build their own brands as cannabis dispensaries.

Keep in mind that cannabis is still entirely illegal at a federal level and as such, you need to be careful in knowing which state has approved cannabis recreational marijuana legalization.

What’s Next for Legalized Marijuana?

Cannabis legislation has been on the upward trend for nearly a decade. If this keeps gaining more and more traction, then legalized recreational marijuana will be the big topic for the next election cycle. Since it really comes down to the state legislature,  there is still some movement forward to be made.

Marijuana sales and recreational cannabis use will be the focus of many states.

The majority of Americans believe that cannabis should be legalized in every state for both medical use and recreational purposes. They believe in it so much that it has become the platform of many political parties when they are searching for reelection.

The vast majority of citizens in the US believe that pot legalization is also a great income resource and a far healthier alternative to the synthetic medications sold to them by big pharmaceutical companies. This has led to a strong ballot initiative where cannabis takes a leading role among community topics

Additionally, it will also lessen the burdens on taxpayers and law enforcement who are clearly spinning their wheels as the problem doesn’t get solved at the state level. Bolstering the economy will mean that more people will have well-paying jobs as has already been demonstrated by several of the US states who have legalized it already.

The future of legalized marijuana will fall into different niches once the dust settles and the rest of the country eventually legalizes weed. Technology improvements will produce better quality cannabis, which will end up with healthier people and better access to products for consumers. Automation will increase the quality of jobs, and the individual states will start to bring in more revenue as a result of it.

How to Start a Marijuana Delivery Service?

TOP 10 Cannabis Associations in the USA

Get a Free Proposal

We will do our best to reach you out as soon as possible.